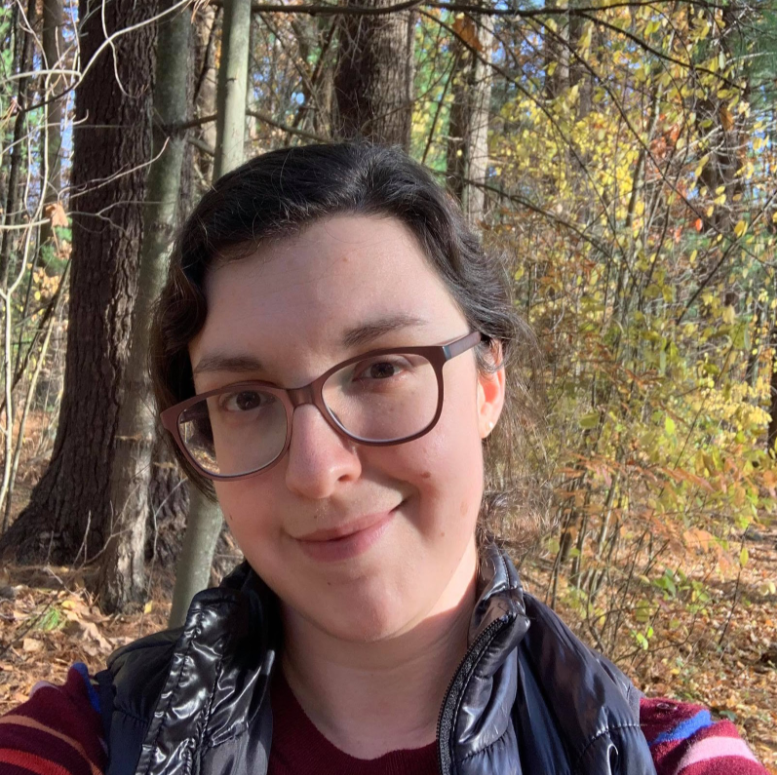 Mark Pyzyk [MP]: Thanks for sitting down with us today. Could you tell us a little about your current position and about the research that you are currently pursuing?

Jane Sancinito [JS]: Absolutely. I am an Assistant Professor of History at the University of Massachusetts, Lowell—a satellite university of the UMass system just outside of Boston. I was hired in 2020 to be the ancient historian within the history program, so I teach all of the courses on antiquity as well as some big surveys in things like world civilization and western civilization. I supervise some MA projects and theses pertaining to the ancient world.

I’m just settling in, and am working on my first monograph, which will be out with the University of Michigan Press. It’s called The Reputation of the Roman Merchant, which is a social history of economic agents in the Roman world. The central thesis is that Roman merchants can and do leverage their social capital to try to turn it into economic opportunity. I look at mechanisms of this process, how you embrace variations on social stigma and turn them into skill sets: a sort of model that says “I’m greedy, but I can be greedy for you.” I am also looking at ways that we can redefine social norms as economic institutions—looking at this line that has been drawn between things that are socially structuring versus economically structuring. It’s wigglier and blurrier than is often portrayed.

Numismatically, I am trying to keep up with that agenda and I work primarily in Roman Syria in the 3rd century. I’ve done a series of die studies on Antioch in that period, trying to leverage the short reigns that come in the 3rd century to hit datasets that are more manageable than some of the large imperial productions. And that is the region I am working on for FLAME.

MP: That’s great and rolls right into the question of how you came to work with FLAME. How did that come about?

JS: I started my graduate program at the University of Pennsylvania in 2012, and in the Spring of 2013 I took an introductory class on numismatics with Alan Stahl at Princeton. I was the typical wide-eyed graduate student who had little idea of what I should be doing. So after the semester ended, I asked Alan if he could use some help as a summer intern. Could I just hang out and do something useful, not really knowing what that would be? The result was being crammed into a teeny-tiny basement room with Alan—sort of back-to-back at computers—for the Summer, listening to him as he discussed and problematized “the footnote,” in Wickham’s Framing the Early Middle Ages [Oxford University Press, 2005], sort of saying “this is bothering me, I don’t really know how to fix it. It’s something I can’t really do alone.” I had been working that summer on a Parthian hoard in the Princeton collection, which I later published. I had been working on some of the coins from Antioch, some of the Trajanic material, and I had worked on Syria for a previous semester’s paper, so listening to Alan fantasize about this collaborative endeavor, I said “well, I’m a grad student and I say yes.” I had no idea where we were heading, but it’s been an amazing series of workshops and conferences (and conversations) that have been really foundational to how I thought of myself as a numismatist, a scholar, and how I understood interdisciplinary collaboration, especially on digital humanities.

MP: Could you tell us something about the goals of FLAME, as you see them, and the kinds of problems that it hopes to solve?

JS: Alan’s hope was to create the numismatic counterpoint to Wickham’s ceramics-based book. We could create a body of evidence that would open up the Framing volume from the coin perspective, and to understand why those two bodies of data are sometimes at odds with one another, and where they might get to as a collaboration, in the end. I bought into that because I trusted Alan, but I really thought that this was a possibility of creating a tool that would open up the next set of questions. The questions that we’ve been dealing with, in absence of this data—as individuals working in isolation—were only ever going to be so grand, our vision only so big. Once we got moving forward on this tool, we would open up a whole new set of questions. 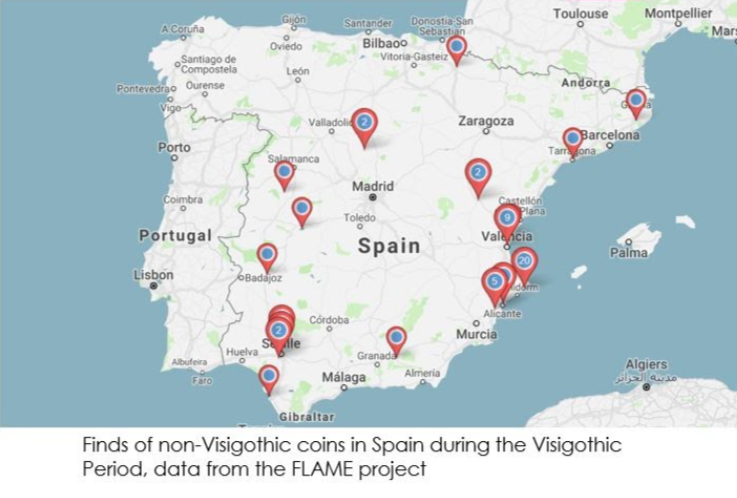 I’ve used pieces of the FLAME dataset already. I was involved in a presentation on Visigothic coinage last September, and was able with the FLAME dataset to say “I want both the Visigothic coins that ended up elsewhere in the Mediterranean, and I want the non-Visigothic coins that ended up on Visigothic territory”—I was very quickly able to pull the data I was looking for, in order to start looking at what that raw material might say. And actually, there’s this weird little network that seems to have appeared in Southern Gaul. Is it weird? Maybe it’s not: let’s look at comparanda. What are other neighbors looking like? Suddenly, I could pull up not only Visigothic data, I could pull up Italian data, I could pull up other Gallic data. I could pull all kinds of comparisons to say that, in that moment, this is typical or this is atypical.

So even now, we can already begin to ask different questions. It’s one of the great benefits of this: we’re using the specialization of our contributors, so that you [i.e., the user] don’t have to be an expert in everything. By the time we were a year into the project, I knew the Antioch excavation extremely well. We harnessed the fact that I knew that space really well. I understood how the Waagé volume worked [Antioch-on-the-Orontes Volume IV part 2, 1952], and I could get that information in and start making new questions. That became a big part of my graduate training, and now as an early career scholar, I still look at every moment spent on FLAME as time well spent.

MP: FLAME is putting together a very big dataset that offers much to a diverse range of scholars. And there are choices that are made at every step in assembling such a dataset. Choices have to be made even before a project like this begins. What are some of the challenges you see facing both the people producing the FLAME data, and then also the users who are going to have to navigate it? There’s a veil drawn over the messy parts in the data—do you have a sense of where it’s messiest?

JS: One of the things that we have struggled with is that—because this began as a project that mostly involved graduate students—much of its original team has moved into other stages of their career, and with turnover and the fact that we all have other projects, we haven’t been able to keep a firm grip on what’s been done and what’s still to be done. It’s not a project that lends itself to a simple checklist. We aren’t at the stage where we can just keep up with new publications.

Beyond that, there’s the problem of working with other people’s data and understanding where their gaps are, compared to our own. You get data sources like the Portable Antiquities Schema and have to begin to ask where they have been making their choices, how visible those are—something as small as, did they count imitations that were brought to them as imitations? Forgeries? Communicating these choices to users is almost impossible. As we start closing in on publishing this, we will start getting feedback on these sorts of things. Determining how to respond to inevitable complaints—especially when they are right—will be a necessary part of the process.

I’ve been thinking a lot about what a Phase III would be for the project. We’ve been working on a common bibliography together, and it would be great if we could curate bibliography on things other than circulation and minting—topics like metrology, or die studies. If FLAME could become a hub for late antique and medieval numismatics at a larger scale, that would be great. It would be nice to have a first stop for anyone trying to get into the period.

MP: Thank you so much for your time today!