As one of the early features of FLAME, we wanted to visualize where the finds in our database are concentrated. The Find Spots feature marks each location in which coins are reported as found by a small green dot, no matter how many coins were found in it. This feature would be useful to quickly gauge which regions and areas are better covered in our database, and should help us correct at least some of the biases by calling attention to the contrasts between these and areas that are not covered as well, whether as a result of a lack of excavations, secondary scholarship or simply the areas on which FLAME’s members focus. 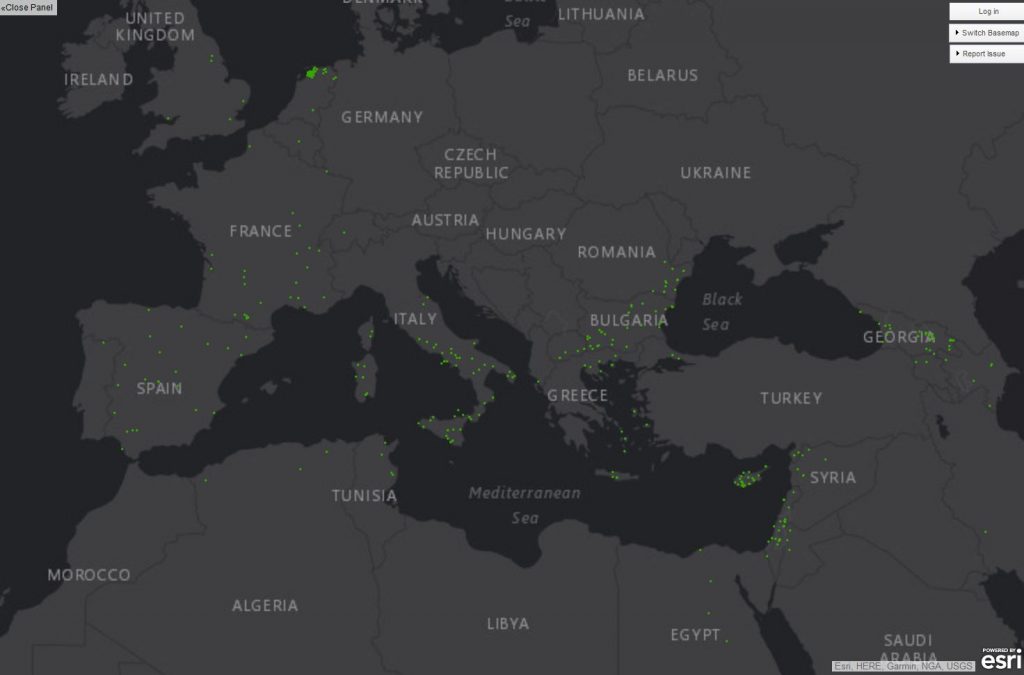