FLAME has been building upon its Phase I: Minting, which has done much of the groundwork that supports the current Phase II: Circulation. One of the ways in which we are planning to connect between both phases is through linking a mint to all the locations in which its coins were found. Enter Mint Focus, a feature we are currently developing, which visualizes these connections within a specific time frame. You can see an example of coins minted in Carthage from 541 onwards below. Carthage itself is represented by the small solid light blue dot. It is connected by lines to all the locations in which its coins from this period were found, which seems focused on the central Mediterranean, and to a lesser extent the Levant. The size of circles on the map corresponds to the number of coins found in each of these places. A list of all the locations, together with the number of coins from Carthage found in them is to the left of the map, together with their metals. Clicking on the Graph button shows the distribution of coins minted in Carthage over time in the form of a smoothed histogram. As everything else on the FLAME application, the graph is automatically generated, so each added coin in the database will change its shape, ensuring that it includes the most recently updated data. 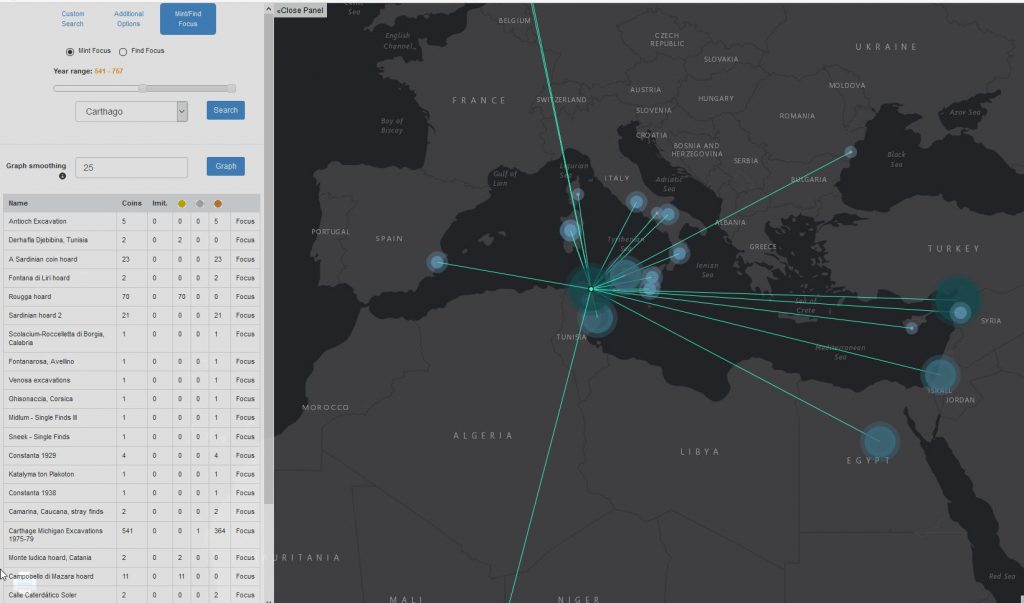 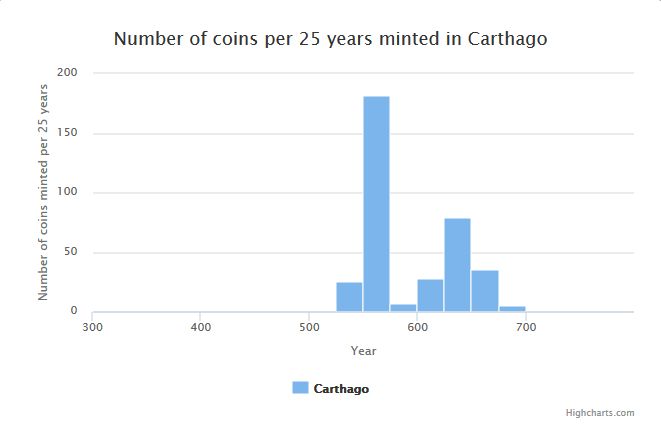