We are proud to announce that we have recently moved to an easier system of data inputting into the FLAME database. Our old system was based on a series of unresponsive forms that fed into one database, which had to be manually added into the database feeding the mapping application. This meant that days or even weeks would pass between making a change to the data, such as adding a coin, and until this data was visualized. This naturally caused a high rate of errors in the database. Our new administrator panel is directly tied to the database, and contains help in auto-completing forms to save time. it also includes a system of automated error-checking, which notifies users in case of some standard errors in the data they have inputted. A few screenshots from the current version of the admin panel are below – selecting several options, such as the imitation checkbox on the second form, would open up additional specific questions for this case. 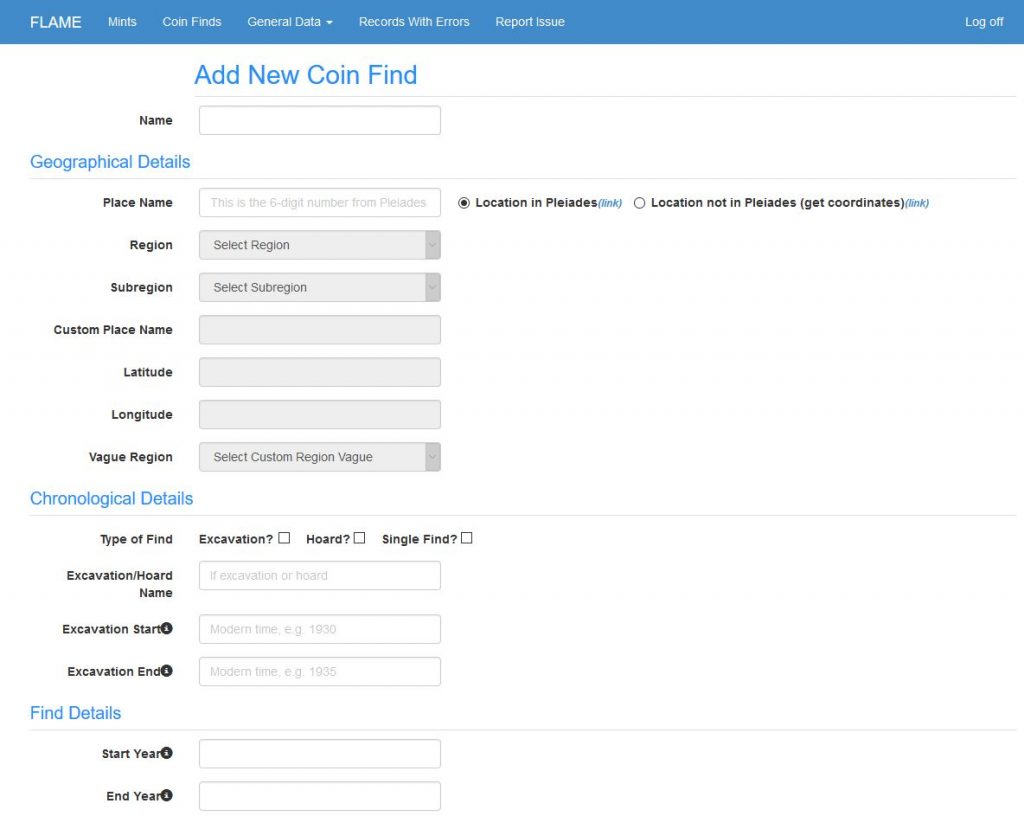 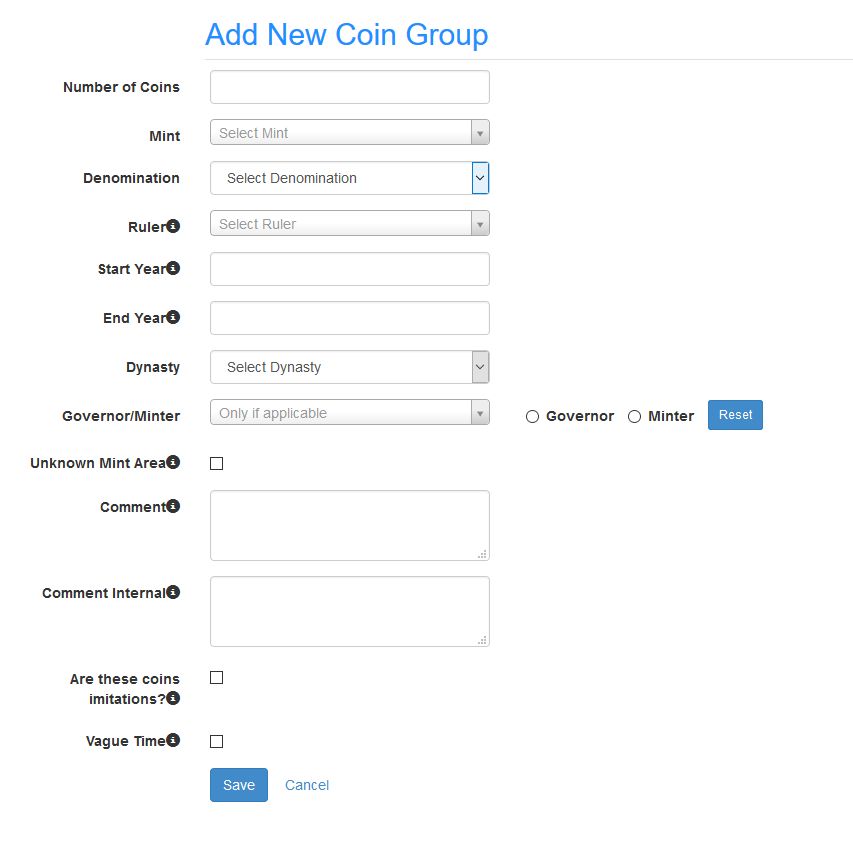