As one of its first questions, FLAME was designed to better understand the disappearance of silver in the Mediterranean economy. We have recently been developing a feature that displays the numbers of coins found in the different regions of FLAME, grouped by their type of metal. Users are able to select a timeframe they are interested in, and a regional or subregional division, and receive an outcome that reveals the different concentrations of metals at a glance. In the image below, we display the fourth century coins found in subregions in the project during the fourth century are displayed. Each subregion has an icon with three coins, representing the three metals (in order: gold, silver and bronze). 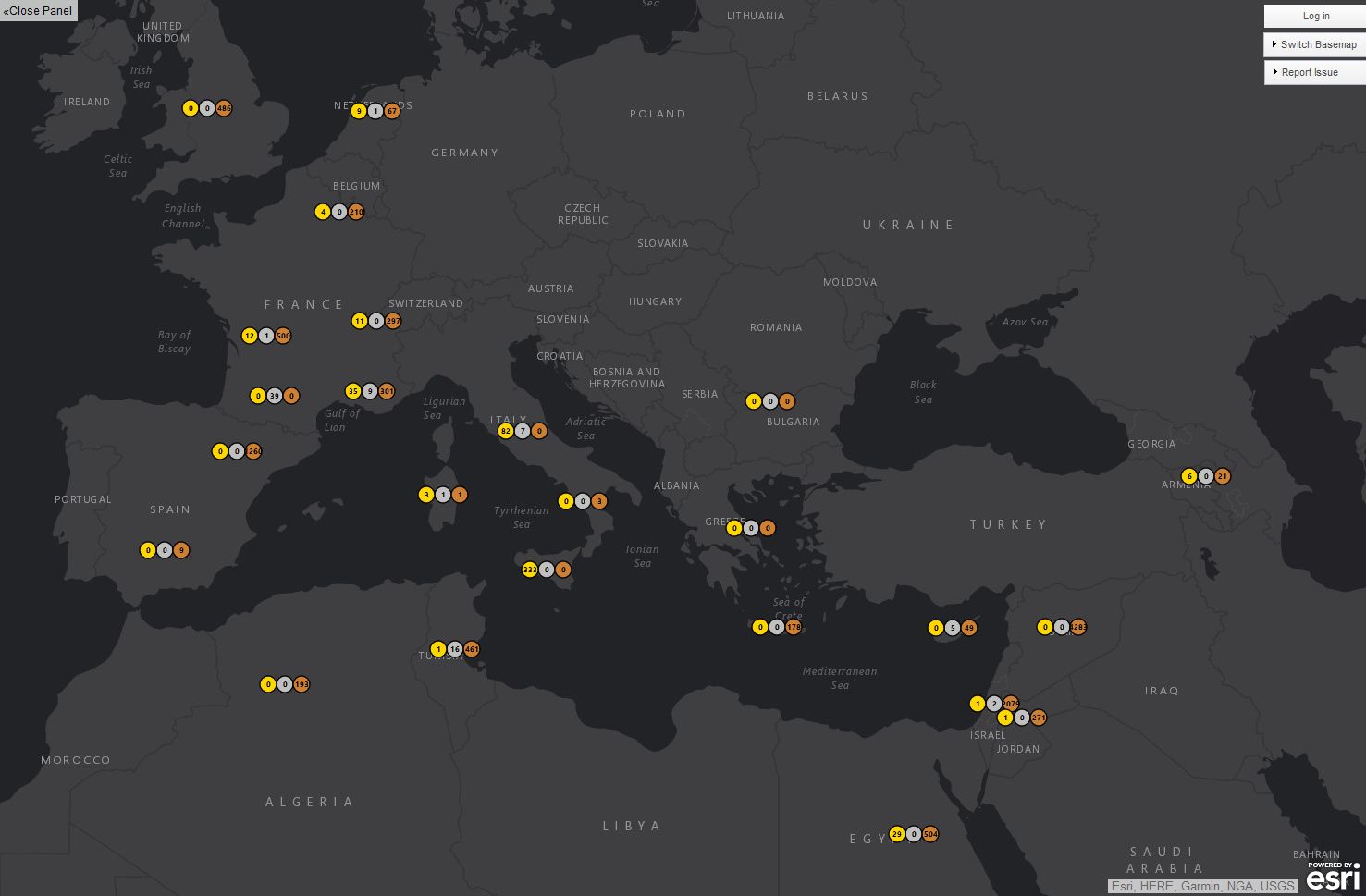