We’re glad to announce that FLAME has recently imported over one hundred thousand coins from the British Portable Antiquities Scheme (PAS) into its main database. The process required overcoming some technical challenges because of the large number of finds, but our developer found an efficient workaround. The result gives us extremely good coverage for fourth century Britain. Since looking at all the data now will skew things towards thinking that Britain was a major economic center (it was not), we’ve also added a new feature that allows users to select or deselect certain datasets – so users interested in the UK would be able to focus on analyzing the finds from the PAS, while users who don’t want to include that in their calculations can simply deselect that.

Below, a map of the finds imported from the PAS – the numbers represent the numbers of finds (each of which could have any number of coins). 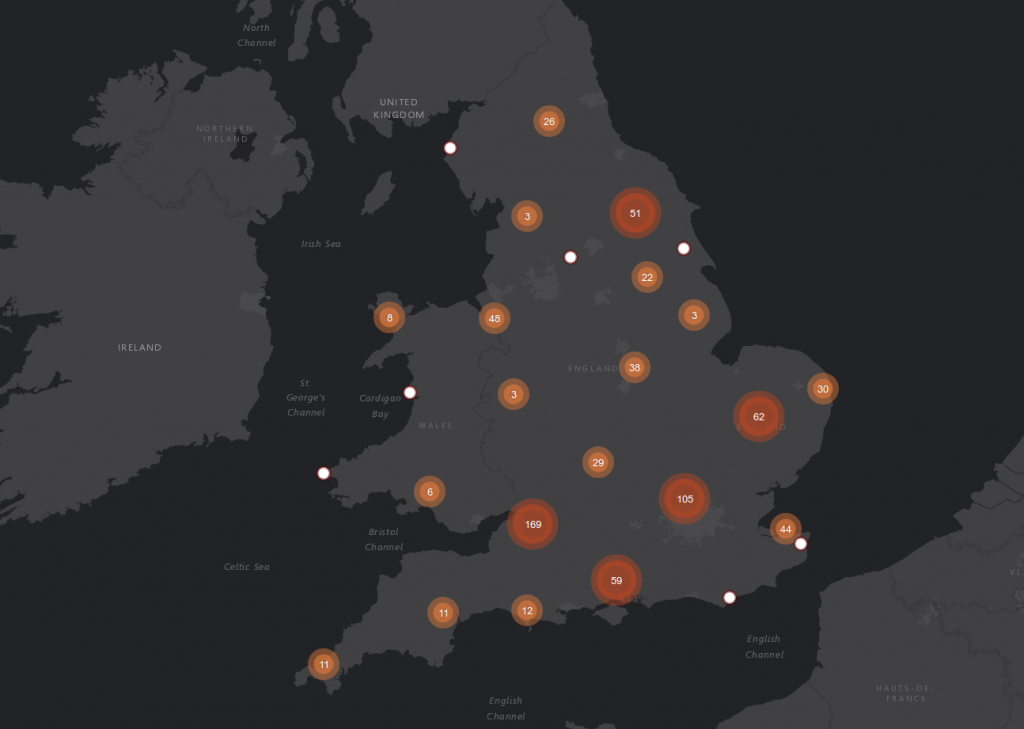