One of the issues we’ve encountered is the fact that the mint of some coins is unknown or uncertain, but we still want to acknowledge that those coins were found in a certain find. To overcome this, we added a feature to Find Focus that allows the user to show or hide those uncertain and unknown mint locations. The screenshot below shows the result of a search for one of the finds from Beirut. If you look carefully you’ll notice the red circle in northwestern Turkey – which is such an uncertain mint location – we know that these coins were minted somewhere in the Eastern Roman/Byzantine Empire, but we’re not sure exactly where. The red circle would appear on the map only if the checkbox on the left panel is checked – if you would rather see only the certain finds – simply leave the checkbox unchecked! 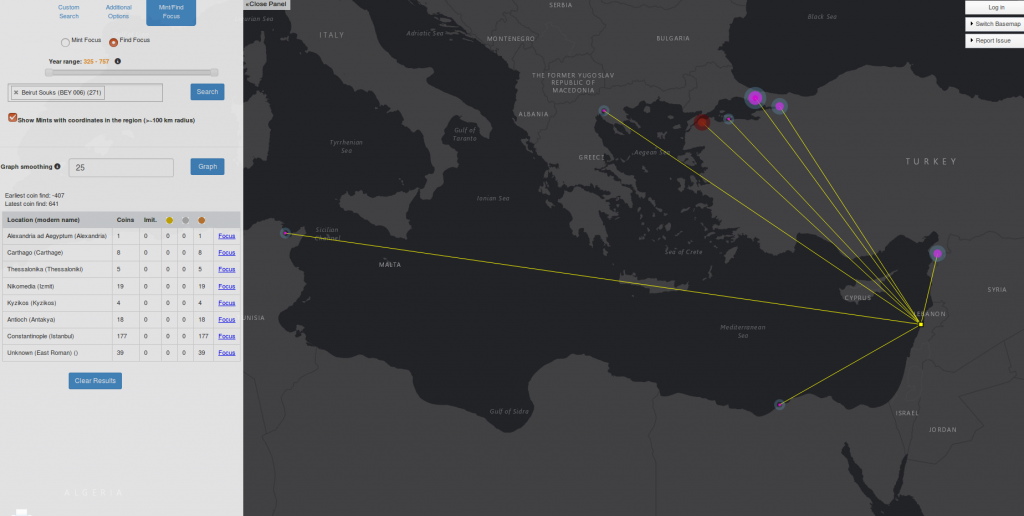