FLAME continues work on Phase II of our data gathering project. In Phase I, now complete, we gathered material on minting in the West Afro-Eurasia region. You can already see these results online on our website. This is critical information for numismatists and economic historians who want to say where coins were minted and roughly in what quantities. 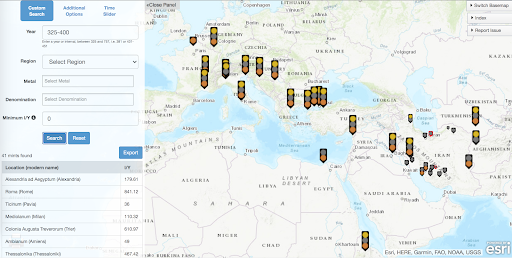 Phase II aims at filling in the other half of the equation—circulation. That is, while we are already tracking where coins are minted, where do they go once they enter circulation? Phase II will digitize every single find, excavation report, and hoard that we can get our hands on to try to find out just this. Using this information, we are able, for instance, to easily query a large number of coins uncovered by Princeton University’s Antioch excavation (in this case, 4,766 coins: 1 gold and 4,765 bronze).[D.B. Waagé, Antioch-on-the-Orontes IV.2: Greek, Roman, Byzantine and Crusaders’ Coins (Princeton, 1952); G.C. Miles in Antioch-on-the Orontes IV.1: Ceramics and Islamic Coins, ed. F.O. Waagé (Princeton, 1948)] Where did these coins come from? 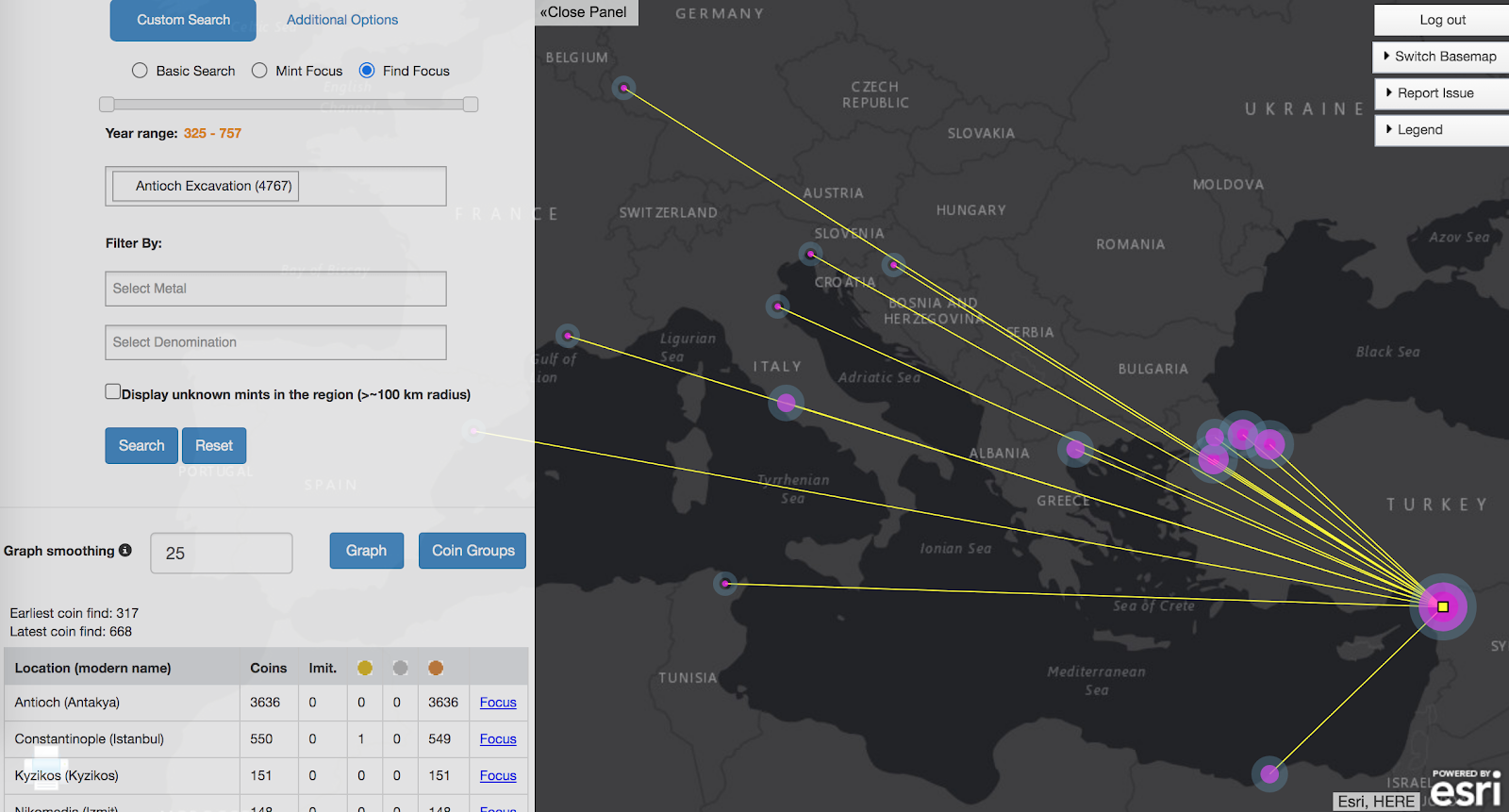 Right off the bat, we can see that Antioch brought together coins from as far to the west as modern Spain and as far north as Germany (this visual tool is not yet public—we hope to make it available as soon as we can, however). Its most intense connections, however, were closer to home: Constantinople, Kyzikos, and Nikomedia (550, 151, and 148 coins, respectively: here, you can intuit relative quantities from the size of their bubbles on the map). And this is exactly what we would expect. That is good, of course, since we want our data to confirm most of our existing intuitions. 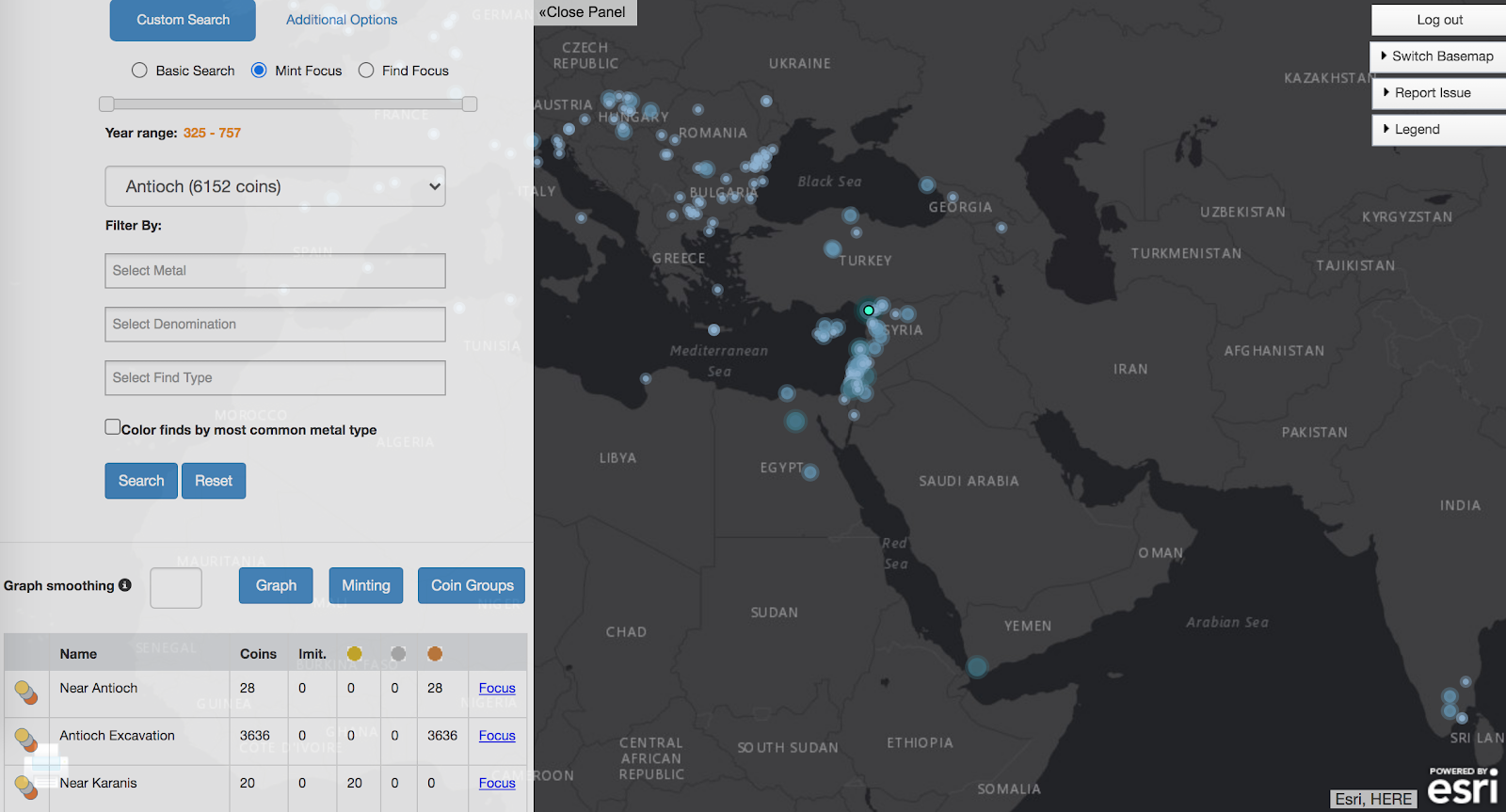 What about the reverse? Antioch was a major mint in antiquity: where did those coins go? We see, for instance, that Antiochene coins travel as far east as India, where six Roman coins (all bronze) were discovered in the modern village of Alagankulam, a small settlement on the southeast coast, opposite Sri Lanka [Department of Archaeology, Government of Tamil Nadu. 2005. Alagankulam: Ancient Roman Port City of Tamil Nadu. eds. Sridhar, T.S., D. Thulasiraman, S. Selvarai, S. Vesanthi.]. Only one could be traced to Antioch, at this time. But, in this way, the FLAME circulation module allows us to draw unexpected connections between spaces, economies, and cultures that—outside of the most specialized circles—typically remain unknown! 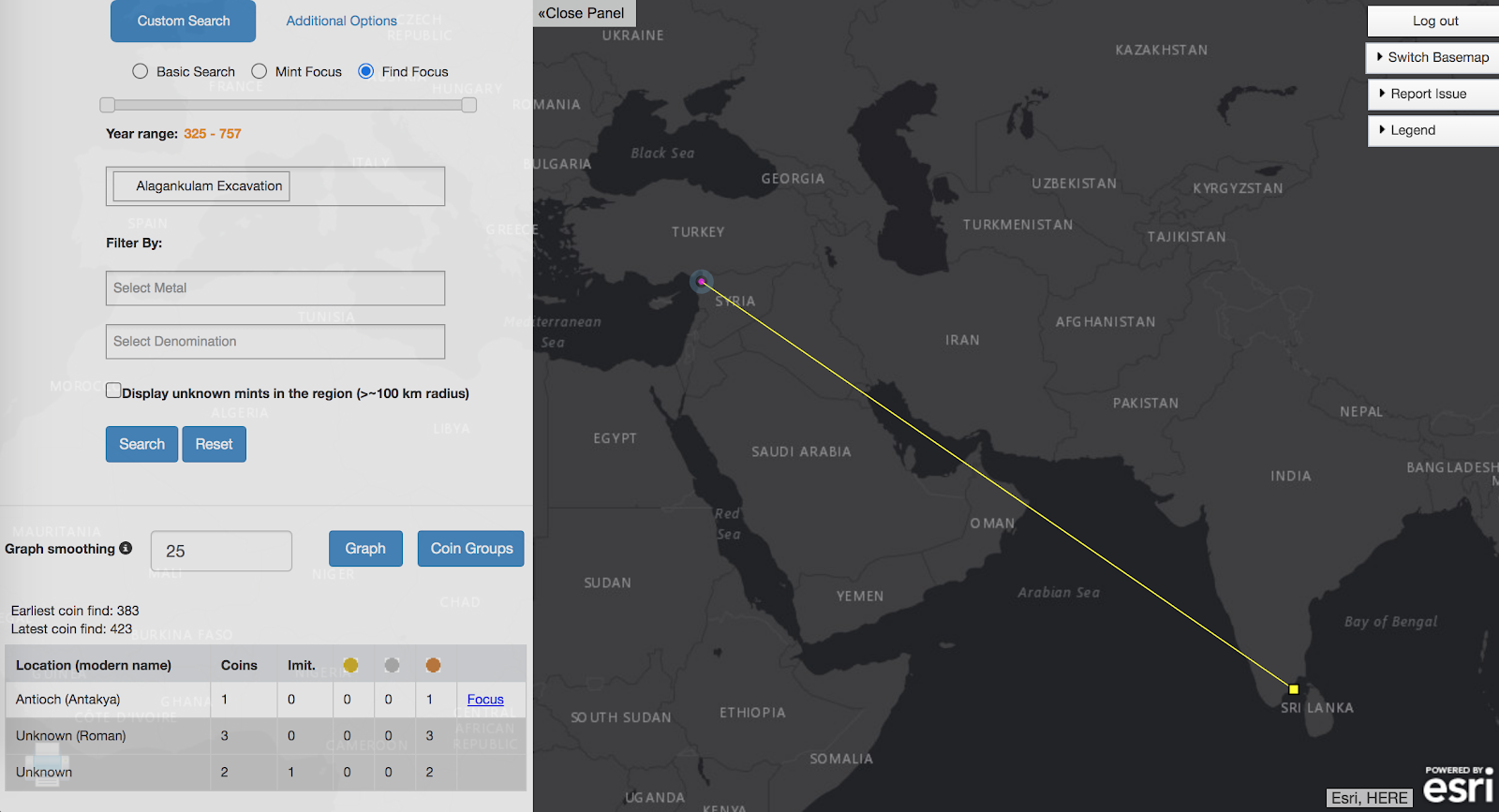 One of the promises of such large-scale database projects is to make incomprehensibly large bodies of data readable, and that is certainly something we hope this project achieves. But of course, there are perils. Among them is the amount of empty spaces, lacunae, and systematic bias that must be faced honestly (if never totally overcome). One of the ways that we have been able to combat it is by bringing together a large, international team of experts in their respective fields. Regions such as Italy, Anatolia, and Iberia have dedicated scholars who are working hard to put together as much of the evidence as possible. To this end, we have implemented a common data entry platform for all of our contributors, who begin with the circulation module’s basic unit—the Coin Find (which can include hoards, single finds, or the results of long-term excavations). 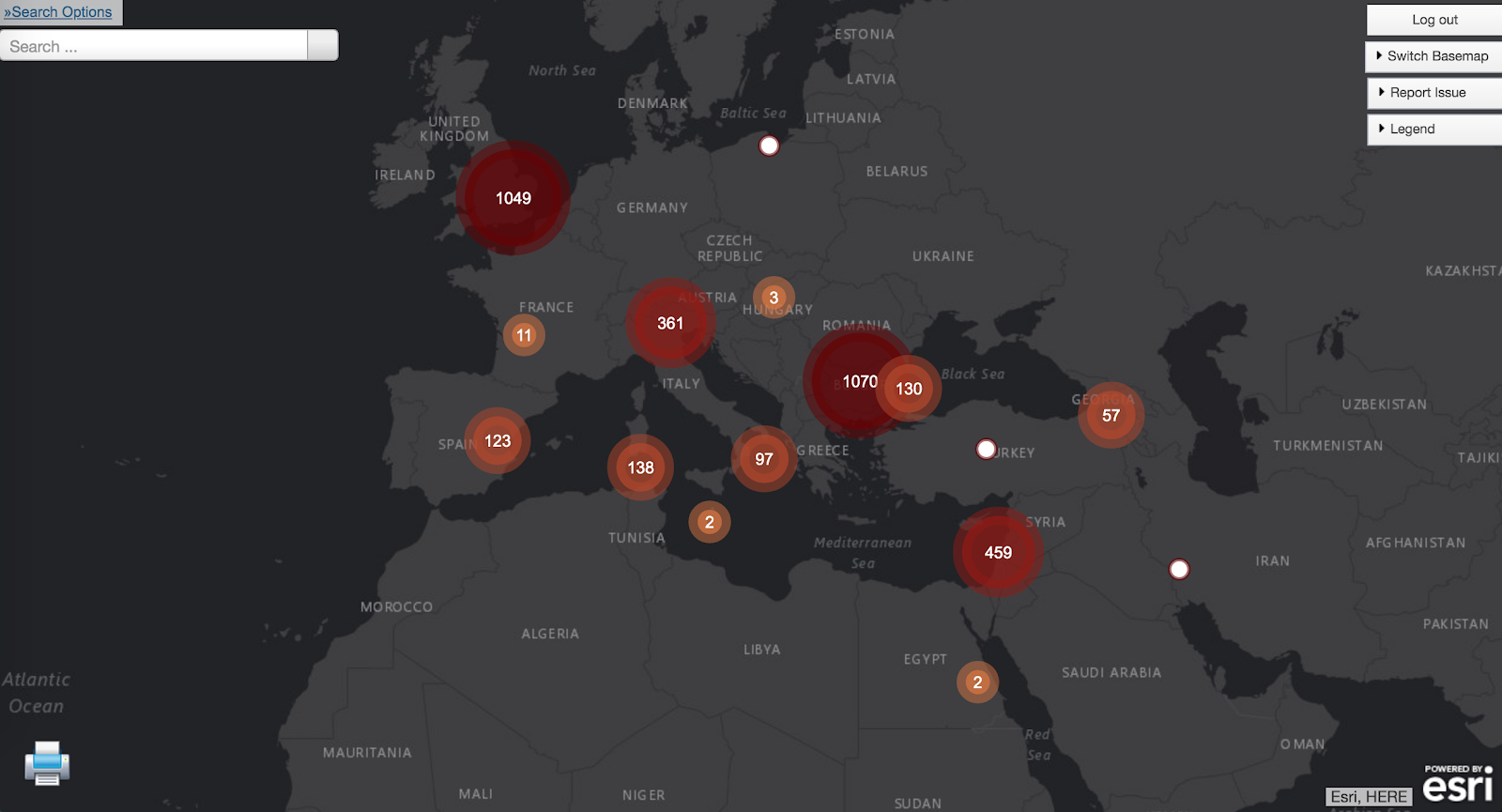 One reason to include all three categories is because we typically see differences stemming from depositional contexts. Excavation finds tend to reveal the remnants of everyday life (lost coins, those deposited in wells, etc.), and these tend to be low value and of base metal. Hoards, on the other hand, are more likely to be high value and precious metal. This is usually because of the different motives behind hoard deposition. The amounts buried in this way could often be very considerable. Being able to see only one category would mean seeing a biased subsection of the evidence.

Even so, some problems are simply too persistent and systemic to overcome through bare evidence accumulation (perhaps the subject of a later blog post). Consider Britain: compared to the rest of Europe, it is exceptionally well covered. And the word “exception” is key, since the British Portable Antiquities Scheme, which governs how archaeological finds are reported there, effectively ensures far wider and more thorough coverage than any other country. How do we handle what is, in essence, an illusion of modern reporting practices? These and other problems bedevil any project like ours.

We are working toward filling in this circulation module and making it available to the public. In the meantime, we will be posting updates and occasional demos of our work, here as well as on social media [Here list Twitter and Facebook links]. Please give us a follow if you would like to stay up to date!