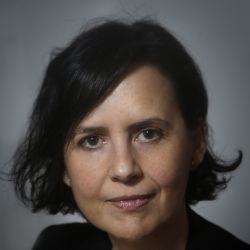 Mark Pyzyk (MP): Can you tell us about your current position and affiliation?

MP: Can you tell us about your recent research?

RP: My most recent interests center on Digital Humanities related to numismatics—a project that will digitize and put online the collections and monetary finds from the Iberian Peninsula. This project has been recently begun as an official project at the UNIARQ of the University of Lisbon, under the title “The Iberian Peninsula in post-Roman times: The role of coinage,” I intend to continue developing it from the University of Seville in collaboration, along with the Portuguese UNIARQ, with the developers of another large project in Valencia called monedaiberica.org.

MP: How did you come to work with FLAME, initially?

RP: I first met Alan Stahl in person at the 2015 Taormina International Numismatic Congress, where he told me about FLAME. I remember him explaining to me that this collaborative numismatic project FLAME had been inspired by Chris Wickham’s now classic Framing the Early Middle Ages… I understood that FLAME would complete the monetary perspective of that seminal work. Although my academic position at the time was quite uncertain, Alan trusted me to collaborate with FLAME as far as the Iberian Peninsula was concerned, and that is something I am forever grateful for. Within the framework of this collaboration, I visited Princeton University’s numismatic department at Firestone Library, where I had the opportunity to examine the late Antioch minimi.

MP: What would you say the merits of the FLAME project are? How would you describe its goals?

RP: In my opinion, the fact that FLAME puts numismatics at the forefront of the research of Late Antiquity and the Early Middle Ages has greatly contributed to a deeper understanding of the role of coinage in these periods. Another merit worth praising is that FLAME draws upon international collaboration between leading experts in the field of numismatics. Moreover, FLAME’s main goal is to consolidate different research conducted by many scholars across the world, who were generally focused on specific geographic regions or peoples, into a more global and comprehensive understanding of the coinage of this transitional period.

MP: Tell us about your ongoing research project on bronze minimi. How does this inform the work you are doing on other issues of circulation?

RP: In recent years I have devoted a great deal of effort to the study of bronze minimi, thanks mainly to the project that I developed at the Institute for Advanced Study (Paris). One of the conclusions that I was able to draw from this work is that we are at the beginning of the research and that it is necessary to analyze all the material collected to be able to approach a proper picture on this subject. In parallel, I am working on a monograph on Visigothic coin finds, a study that will be introduced into FLAME in the near future; I am also working on other Visigothic assemblages and even on issues from other periods such as Carthaginian and Arabic coinage.

MP: With respect to bronze and possibly silver Visigothic currency – how does it fit into the broader picture of the Late Antique and Medieval Iberian economy? It used to be a given that it was all gold, but this has changed. How has this affected work on the topic (yours, perhaps, but also overall)?

RP: One of the great challenges of Visigothic numismatic research in recent times has been to try to overcome the historiographical controversy that resulted from the first publication of bronze coins minted during that period. This is the basis on which we must build our research, which, as I have mentioned, is incipient and requires a detailed analysis of the growing material collected.

MP: Thank you so much for your time today!