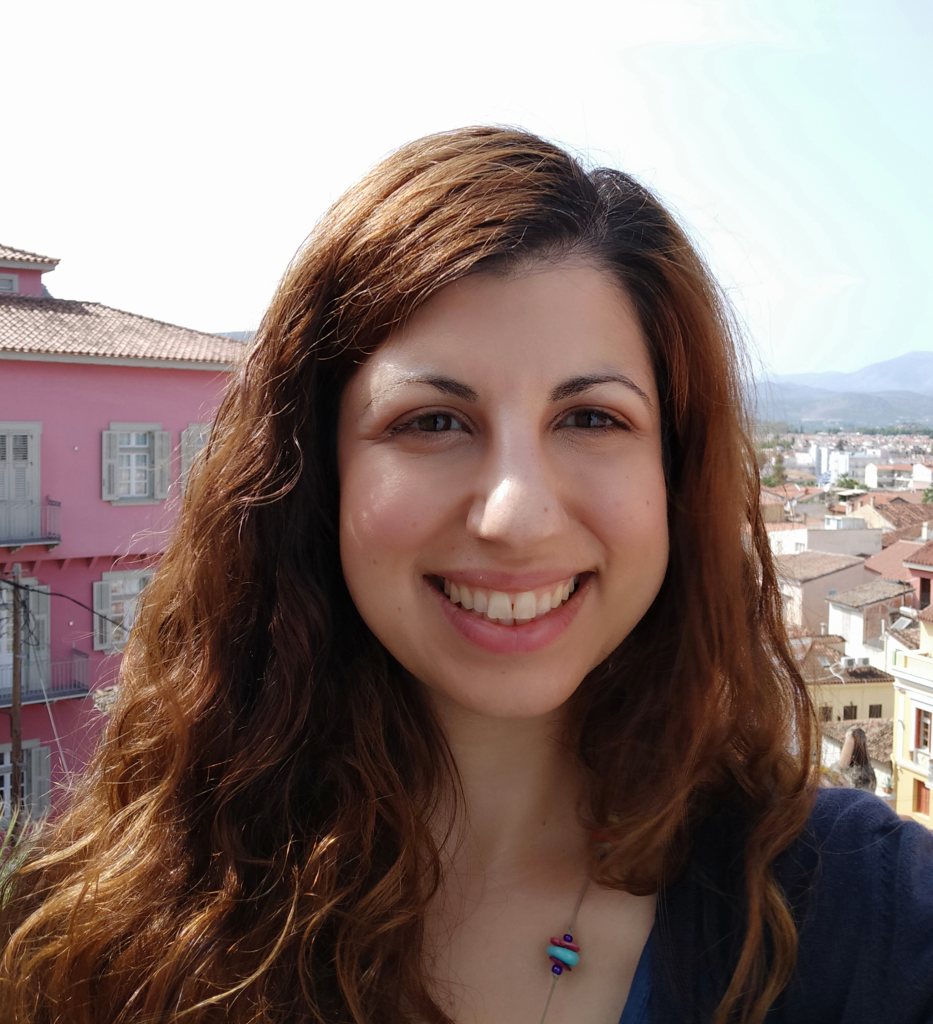 MP (Mark Pyzyk): Could you tell us about your current position?

MP: And where are you based currently?

KP: I am in Athens and I am working as a library assistant at the French School of Athens.

MP: Could you tell us a bit about what you are working on as part of your PhD?

KP: My research examines the transformation of the city of Philippi and its neighbouring regions from the end of Late Antiquity until the Middle Byzantine period. It focuses on the Byzantine material culture especially pottery, the settlement system patterns and the regional economic structures.

MP: And how did you come to work with FLAME?

KP: In 2019, I had a chance to participate in the Byzantine coins and seals program at Dumbarton Oaks, under the direction of Alan Stahl (Princeton University) and Jonathan Shea (Dumbarton Oaks). During the seminar, Dr. Stahl presented information on the FLAME project, and explained the second phase that would be gathering circulation data. It sounded really interesting so I asked if I could contribute—and here I am.

MP: Right and doing a great job. So what would you say the merits of the project are? What do you think FLAME’s goals are?

KP: A unique aspect of FLAME, I think, is the coverage that it has. Its dataset is extensive, bringing together numismatic hard data that would never otherwise have been gathered. The Zotero bibliographic corpus that is being assembled will also be very useful. It’s a map-based interface that offers a fresh perspective on numismatic studies [in this period—i.e., 325–750 CE]. We don’t have many geo-localized databases like this and this sort of broad perspective will hopefully reveal circulation patterns that would otherwise remain unknown.

The goal, as I understand it, is to create a reference resource of the Late Roman and Medieval economy, but I also think it is to create a community of scholars who will continue to provide and analyze the hard data. As a result it will definitely facilitate that data’s accessibility.

MP: Are there any recent instances in which FLAME has helped to move along or advance any current research that your are working on?

KP: I can think of two instances, right away. The first is that I had the chance—and I’m grateful for it, it’s why I talk about a community of scholars—to see the presentations of Alan Stahl’s recent numismatic seminar [at Princeton University], where we had a chance to discuss methodology and biases in hoards. This had an impact on how I think about hoards in a larger context. How the data is presented in FLAME reflects this concern, and seeing how these questions are treated in FLAME helps make this clearer, as well.

A second impact was in terms of FLAME’s coverage. Having a Byzantine background, as a scholar, it’s easy to forget that there is a past economy that is more complex and interregional. There’s a bird-eye-view that one has to have to better reflect historical reality. FLAME has helped to clarify that larger picture.

KP: So far, I’ve worked mostly with 6th and 7th century hoards. Any surprises will likely come in the future, working with single finds. I would very much like to see how our picture will change once those single finds are digitized, because single and excavation finds will counterbalance many biases that we find in hoard patterns. I’m most excited about that. There are many uncertainties surrounding hoards, as it is impossible to know the circumstances of their concealment. So the phenomenon is open to different interpretations. Most importantly, hoards can skew our vision towards “good money”, which is usually withdrawn from circulation in order to be hoarded.

For the moment, one thing that has changed my view on things has been complexity and the regional variations within the Flame data. I can already see in the regions inputted that there are regions with more robust economic networks, and others that seem to be more fragile. Take, for example, the northern regions of Greece, which have more erratic or fragile activity versus the island regions, which show more continuity. I would like to see if those regional variations also relate to, or are an effect of, the velocity of circulation. That is something I hope to investigate in the future.

MP: Fantastic. We look forward to hearing more about that! What finds will you be concentrating on next?

KP: I am interested in the concept of economic resilience. I would like to explore the impact of exogenous stressors on the transformation of the economic system at the end of late antiquity. The comparison between the hoarding and the circulation patterns will help discern the local phenomena and gain insight into the changes that happened in different regions of the empire.