The 2022 FLAME conference, “Networks in Transition: Monetary Exchange from Antiquity to the Middle Ages,” is now sufficiently in our rearview that we feel it is worth considering. We do hope that you were able to attend, if not in person, then virtually. The conference was by all accounts a great success, having brought together nearly 30 international scholars on the late-antique and early medieval economy from North America, Europe, and Asia. Over the course of three days, these scholars (along with about 150 others attending virtually) discussed the late antique-to-medieval economic transition, its coinage, and FLAME as a tool for investigating both. We want to point to a few highlights. 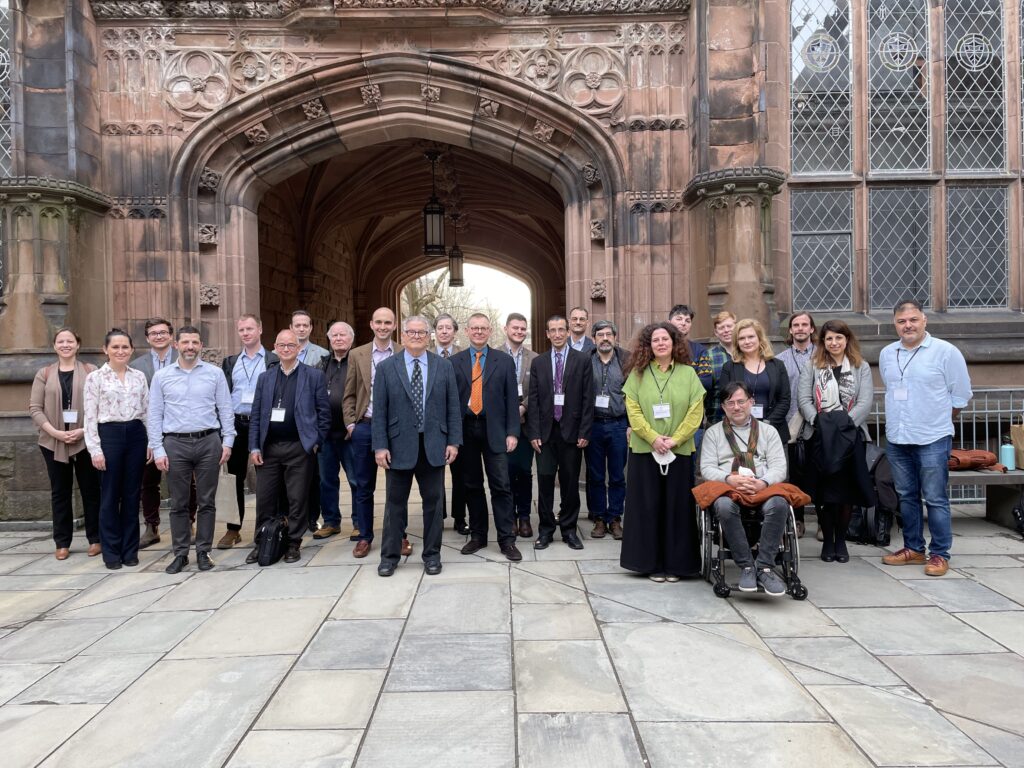 First, we were lucky to hear four excellent keynote addresses by four prominent economic historians. Each represented a specialist field from across the ancient world, showing the global scope of FLAME’s interests. Rory Naismith (University of Cambridge) outlined monetization in iron age Britain in a talk entitled “Carrots and Sticks: Making People Use Coins,” while Florin Curta (University of Florida) turned his attention to eastern Europe in a talk entitled “Coins, trade, and modes of production: a view from Eastern Europe.” On the second day, we were treated to papers ranging further to the south and east. Khodadad Rezakhani (University of Leiden) discussed Sasanian coinage in “Sub-Sasanian Coinage in the Sasanian-Islamic Transition Period: An Economic View” and Stefan Heidemann focused on the movement of silver between the Islamic world and the larger macro economy of Afro-Eurasia in his paper, “North African Silver: Money for Western Eurasia – Its Rise and Demise.” It isn’t an understatement to say that the four papers collectively drove the conference’s thematic and historical agenda. 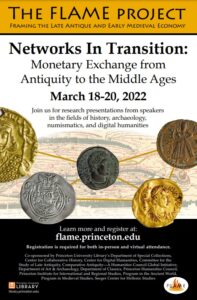 The conference as a whole was, of course, full of remarkable papers (the program is available here [URL to FLAME site]). But we must admit that, however brilliant the speakers, one of the biggest appeals of the conference was that it was, for many, the first in-person event they will have had a chance to attend since March 2020—that is, since the start of the COVID pandemic. Indeed, the Omicron-variant surge of November 2021-to-January 2022 put much of the proceedings in doubt. Nevertheless, the organizers decided that a conservative but optimistic approach was the right one, devoting more resources than had originally been planned to hybrid resources (but also hoping that infection rates would decline by March). We were fortunate that our predictions turned out to be correct, since it meant that conference goers could speak face-to-face, enjoy meals in one another’s company, and in general benefit from all of the intangible and collegial benefits of in-person gatherings. Arguably, the acme of the conference was a gala event held in Special Collections of Firestone Library, where attendees and library staff gathered to celebrate: those in attendance were treated to a special exhibition of coins from Princeton’s numismatic collection, put on display in Firestone’s historic Scheide Library. 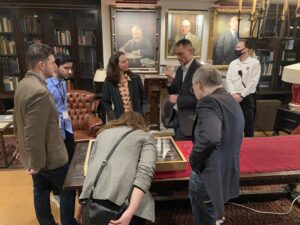 One sad note intervened—which we acknowledged in the course of the conference, but reiterate here all the more strongly—involves the participation of three colleagues from Ukraine, who were prevented from attending on account of the Russian invasion of Ukraine. FLAME has condemned this in several fora, and we took the opportunity to re-iterate our solidarity with our Ukrainian colleagues—Vasyl Orlyk, Andrii Boiko-Haharin, and Olena Petrauskas—during the time they were slated to speak, on the afternoon of March 18th. We hope for the best for them and for Ukraine. 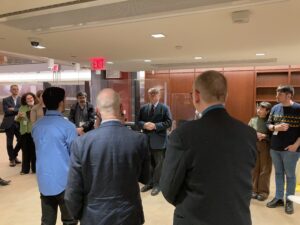 We also had the chance to plan for the future of FLAME. Day Three of the conference was largely devoted to a series of roundtables whose goal was to outline and discuss issues around the project itself. A panel on Digital Numismatics went over technical and methodological problems of building and using a tool such as FLAME, bringing together experts from several major numismatic projects. The second panel discussed methodological problems with FLAME’s data, identified by FLAME members in the course of their research, about which FLAME has committed to being transparent. While participants did not solve the issues, they did present perspectives and insights gained through their engagement with the evidence, which could serve as a way forward. A final panel discussed FLAME in the context of broader historical and economic questions—the very questions it was designed to assist in answering: What was the late antique to medieval transition? To what extent, where and how, was it characterized by change or by continuity? How can we characterize such changes through coin data, and what are the unique contributions of numismatic evidence to this debate? 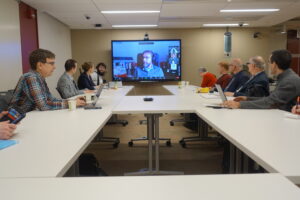 And with that, we capped off a perfect weekend of discussion and exploration of the late antique and early medieval economy. We are thankful to our sponsors, who made all of it possible, and we thank all of our attendees (both in-person and virtual), whose presentations, questions, and ideas will help FLAME move into its next stage.

Center for Digital Humanities Committee for the Study of Late Antiquity

Program in the Ancient World